Do you feel like having a lump in one of your breasts or under your armpit? If so, then you better go see a doctor urgently because this might be a symptom of breast cancer. In this article we will show you / present to you / we will introduce you to / will give you a hint about the symptoms of breast cancer, and the most common available curing methods.

What is Breast Cancer?

It is one of the cancer types that hits the breasts area, and it could be defined as an abnormal growth and division in the cells. Which leads to a tumor that could be felt as lump in the breast or under the armpit, and it could also be recognized and diagnosed via X-Ray.

It is true that breast cancer is more common in women, but also men from different ages could be diagnosed with breast cancer.

Symptoms of Breast Cancer for Girls

It is known that the regular check-up helps with the early detection of this disease, and it Significantly helps to increase the healing percentage. But what are the symptoms and the signs that should make you feel worried and see a doctor?

In fact, the symptoms could be easily recognized, and they are as follows,

Ductal carcinoma in situ is one of the breast cancers types that does not show any signs or symptoms, as it could only be discovered by mammogram. And when it comes to the lobular carcinoma in situ, it can only be detected via a Breast biopsy.

What are the causes of breast cancer?

There are a lot of factors that could increase the possibility of having breast cancer such as:
Family’s medical History

Usually if one of the family members like the mother, the sister or one of the first-degree relatives either from the mother’s or the father’s side had breast cancer before, then there is a huge possibility of having breast cancer.

Going through Radiotherapy in a Hodgkin’s lymphoma case for example, could increase the possibility of having breast cancer.

Genetic mutations could be a huge factor and can cause breast cancer and ovarian cancer.

Obesity and gaining too much weight one of the most dangerous reasons, also the lack of activity and exercise for long periods could be one of the reasons.

Breast cancer could be diagnosed via the following methods:

Breast Test:
the doctor checks both breasts looking for the lumps that could take place in the breast or under armpits. Or recognizing any change of shape or skin texture of the breast.

Mammogram:
the X-ray used to check the breast and it is one of the common ways to diagnose breast cancer. As it can detects where the lump takes place.

Ultrasound:
Ultrasound waves are used to detect the disease and to make sure if the lump is a solid block or a fluid-filled vesicle.

Breast Biopsy:
is the most effective way to be sure if one has breast cancer or not. It is done by taking a biopsy from the skin texture of the breast. This sample is examined in the laboratory and leaving a mark on the place the sample was taken from in case any future biopsy is required.

Surgery:
the procedure of the surgery could be different than each other for example, the tumor could be eradicated with a small part of the tissues around it and this procedure is followed in the small tumors only. When it comes to huge tumors, usually the patient gets chemotherapy first to reduce the size of the tumor and then make the surgery to eradicate it.

In some of the hard cases, the entire breast is removed including the tissues, ducts, lobes, glands and part of the skin.

Radiotherapy’s rule is killing the cancer cells, and it happens through a device that directs a beam of x-rays and protons to the tumor to eliminate it. or through adding a radioactive substance inside the body to act as radiation to kill the cancer cells.

Also, radiotherapy is used in the big tumor cases or if the tumor spreads in the lymph nodes and the process keeps going between 3 days to 6 weeks.

In the big surgeries, it is recommended to use chemotherapy to decrease the size of the tumor before the surgery.

Hormonal Therapy:
In case of being diagnosed with the kind of cancer that has receptors for estrogen and progesterone then hormonal therapy is very recommended. It can also be used after or before the surgery of removing the tumor to lower the risk of having the cancer cells back.

And now ladies after we introduced the symptoms of breast cancer and the treatment methods, it is necessary to have a regular check-up for breast cancer to make sure that you are okay, and always remember that the earlier you find out, the easier your treatment gets. 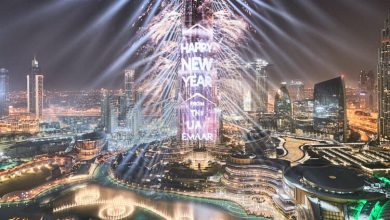 Things To Do In Yas Island Abu Dhabi 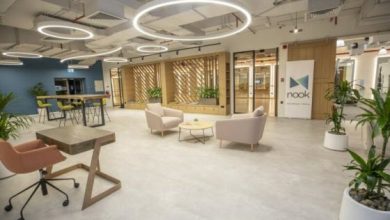