Museum of the future Dubai  is the creative and hopeful hub where you may view and build the future of our shared. The Museum of the Future is a hybrid of exhibition space, an immersive theatre experience, and a themed attraction that encourages visitors to think about what is possible in the future. Rather than forecasts, Museum of the future Dubai is said to act as visionaries. Inspirational and emotionally resonant representations of this vision are our goals. The idea behind visionaries was envision a Museum of the Future where people from all walks of life may come together and learn from one another. It will also serve as a learning environment where you may join us as we explore the challenges and possibilities influencing our times and come up with answers for a brighter future.

The concepts of Museum of the future Dubai:

Rather than absorbing the past, visit a museum where history is created rather than shown.

The worlds you’ll visit aren’t set in stone. Storytellers, futurists, and artists from all across the globe have created these challenges.

Do not rely on your intellect to guide you; rather, follow your intuition. Explore every nook and cranny to satisfy your curiosity. You’ll have a clearer picture of what the world, our future, and yourself might be like.

The vision behind the Museum of the future Dubai?

The Museum is a place of inspiration that is accessible to the public.

Its mission is to shine a light in the darkness: in an era of fear and skepticism about the future, we demonstrate that things can and must improve.

Through visionaries, books, videos, and public events, It will demonstrate how today’s challenges may serve as the raw material for creating a better society.

We are dedicated to bringing ideas to life.

What is amazing about the Museum of the future Dubai?

The unusual shape of Museum of the future Dubai

The Museum’s new building is aiming for LEED Platinum status as part of its overall commitment to environmental stewardship.

Those who live in Dubai, where skyscrapers emerge out of nowhere, have mastered the art of turning their sight away from construction sites. The Museum of the Future atop the city’s elevated, driverless metro system, on the outskirts of the financial center, has caught everyone’s curiosity.

Museum of the future Dubai was completed in November 2018 and the facade panels are now being lifted into place where the museum’s framework, made up of 2,400 diagonally crossing steel pieces, was completed.

It has been described as an elliptical vacuum torus in the architectural world, although it is more like giant hoops in real life. The Museum of the Future’s executive director, Lath Carlson, likes to equate it to an eye. There are still some people out there who haven’t seen the building, he admits. “There’s nothing that does justice to the shape,” he said.

In 2015, Killa Design won a design competition for the museum and developed the shape. The architect believes that the solid part of the structure represents the information that we now possess. Essentially, the void represents all we don’t know yet – the future.

Apart from its unusual shape, the structure stands out among the emirate’s hundreds of other construction projects. The Arabic calligraphy that will adorn the 78m-high museum’s façade gets revealed a little more with each new facade panel. Even though the museum curators have not yet revealed what the words mean, it is widely thought that they are poetry written by Dubai ruler Sheikh Mohammed Bin Rashid Al Maktoum, who is also the UAE’s vice president and prime minister. The museum’s windows are cursive lettering. There are 14 kilometers of LED lights that will highlight them dramatically at night, providing dappled light throughout the column-free interior throughout the day.

Advanced technology and 3D modeling have made this achievement possible, as have the tireless labor of hundreds of engineers, builders, and artisans from BAM International and BuroHappold, the project’s principal contractor and engineering consultants, as well as several other suppliers.

As much as the structure has benefited from technology, it is still a human creation. The best people in the business have been working nonstop from day one. The facade panels were made by robots, but they were erected by hand after they were hung on wires. A 3D model was used for the interior shapes, which were then hand plastered by hundreds of employees with great care.

As a result of using BIM technologies, museum designers were able to first reduce the building’s shape before determining an appropriate layout for its steel superstructure. It was necessary to add mid-construction tensions and the positioning of mechanical, electrical, and plumbing systems into the model, which made it quite complicated.

Virtual and augmented reality in Museum of the future Dubai

Virtual and augmented reality will be utilized to transport visitors into the future and immerse them in a truly immersive theatrical experience for the first time. “This is not a museum where you will see things in cases with labels next to them,” adds Carlson. Most of the major galleries will have no labeling at all. As a result, the visitor will feel more like an active participant in the project than a passive observer.

Museum of the future Dubai intends to provide a positive viewpoint on the future in contrast to the often pessimistic attitude offered by the entertainment industry. There are many obstacles ahead, and he says he wants to highlight how creative individuals can adapt to them.

While the predicted near-future devices will be on display on one level, the emphasis will remain on technology that benefits mankind, whether by helping to feed the planet, satisfy our water demands, or improve transportation sustainability.

The Museum of the Future aims to draw one million visitors a year, half of whom will be from outside the UAE.

Arabic calligraphic designs cover the whole structure, which doubles as windows since it is constructed of glass. HH Sheikh Mohammed Bin Rashid Al Maktoum, Vice President and Prime Minister of the UAE and Ruler of Dubai, composed these lines of poetry to explain his vision for the city.

What kind of value may we expect to see shortly?

In the Museum of the Future, visitors may learn about future fashion trends. You may view and learn about cutting-edge methods that will alter the course of our lives. Artificial intelligence’s future function is yet unclear. In the future, what will a smart device-equipped home look like? However, we must also ask: what can we do to combat climate change, and what strategies will be used in the future? This wonderful museum with eye-catching architecture is a one-stop-shop for everything. As a result of the World Government Summit, temporary displays were set up in the Museum of the Future. You might see, for example, what Dubai will look like in 2050 based on scientific predictions and what role artificial intelligence and smart technologies will have in our homes. All of these issues will be examined in depth at the Museum of the Future. 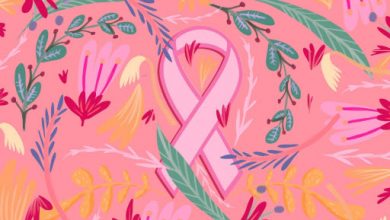